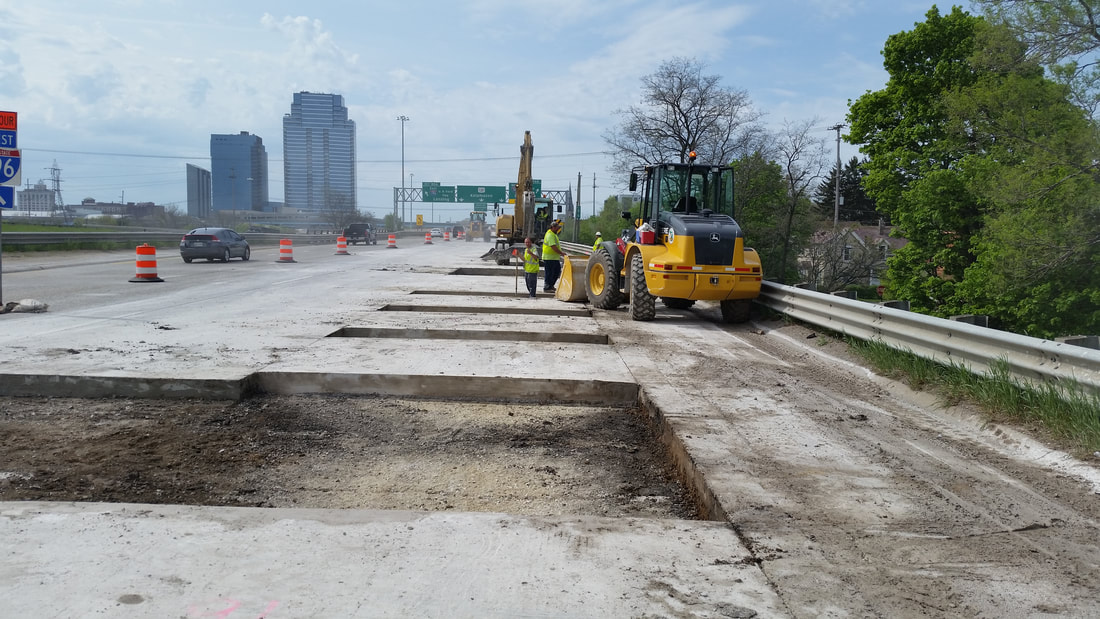 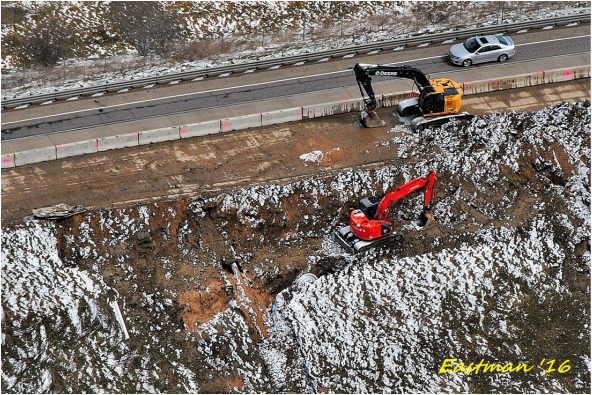 2015/2016 Construction Season:  M-6, Ottawa County
This project was for the Ottawa County Road Commission.  We performed roadway repair and slope stabilization on the westbound and eastbound M-6 Ramps at I-196. 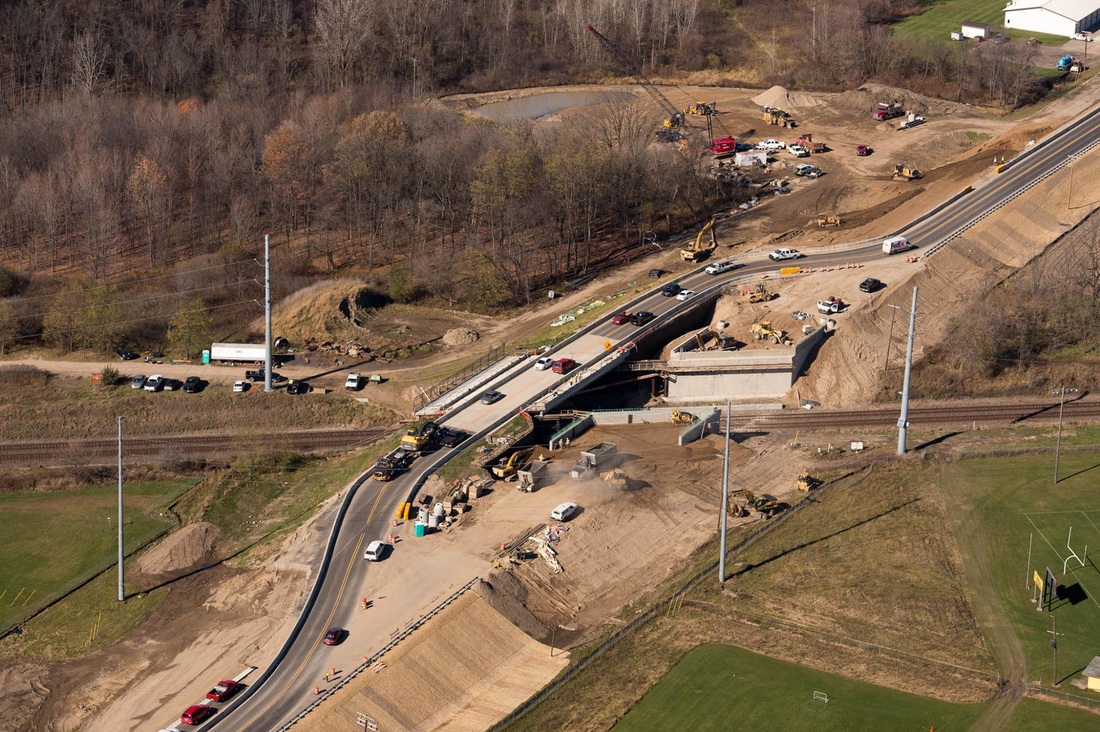 2015 Construction Season:  M-100, Potterville
This project is one of the first of its kind in Michigan.  This bridge is being built using a new technique in bridge development.  C&D Hughes, Inc. has provided excellent support to the prime contractor on this project and continues to work to make this project a success.  Tens of thousands of cubic yards of material have been moved so far, thousands of feet of pipe have been laid and hundreds of feet of erosion control have been placed.
2015 Construction Season:  28th St, Grand Rapids
This project was a multi-million dollar sidewalk job in the heart of Grand Rapids.  Our crews worked in close quarters with hundreds of downtown businesses.  The diligence and commitment to safety exhibited by our crews led to few interruptions of business for these locations.  By the end of the job we had poured over 150,000 ft of concrete sidewalk, 10,000 ft of ramps, 3,000 ft of curb and gutter and performed over 5,000 ft of joint repair.
2014 Construction Season:  MOORES RIVER DRIVE, CITY OF LANSING
During this project our company reconstructed Moores River Drive east of Waverly Road from a four-land boulevard to a two-lane road, removed the existing seawall and constructed a pathway with a sloping embankment along the shoreline. Mt. Hope Avenue was converted from a four-lane road to a three-lane road with bike lanes.  This project included the development of constructed wetlands and the use of a variety of erosion control measures to ensure the quality of the Grand River during and after construction.
2014 Construction Season:  HOLMES RD RECONSTRUCTION, LANSING
Our crews performed full reconstruction of Holmes Rd from Martin Luther King Jr to Cedar St in Lansing, MI.  This reconstruction included the replacement of 24" to 60" drainage structures, 4" to 12" watermain and services, sewer spot repairs, replacement of sidewalk and curb.
2014/2015 Construction Season:  I-75, WAYNE COUNTY
This project took us to the heart of Detroit to remove and replace patches along I-75.  Our crews removed concrete patches from Canfield to Piquette and then replaced these patches with HMA Asphalt mix.